Welcoming Another New Member at Plum!

Plum is excited to welcome Phil Hoge to the team. Having gone to school at the University of Wisconsin-Oshkosh for Radio-TV-Film and Audio Recording, Phil has seasoned himself in the fast-paced world of the live entertainment industry, honing both his talents and continuously developing his interests. 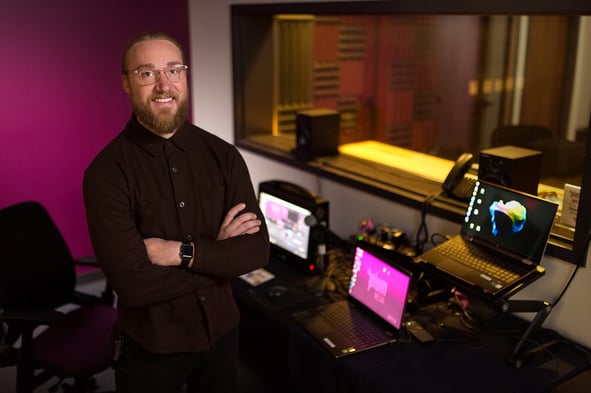 Before joining the Plum team, he split his time as one of Milwaukee’s premiere tracking & mix engineers, lead a team of Audio, Video & Lighting technicians as Senior Event Lead, was a Lead Video Editor, and headed up an Audio Department.

It’s safe to say that Phil is our resident Swiss Army Knife.

He’s ready to take your vision into a technical reality!