John McGivern is back with a new TV show 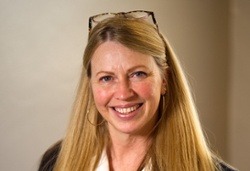 John is setting his GPS for 13 main streets all over the Upper Midwest, traveling from Wisconsin to Michigan, Minnesota, Iowa, Illinois and Indiana.

Season 1 of John McGivern’s Main Streets will showcase more than a dozen destinations as only John McGivern can, through entertaining conversations and fun facts that will no doubt lead to laughs. The show will highlight great communities in and out of Wisconsin, giving viewers even more places to learn about and explore.

“We’re going to go 300 miles in all directions of my condo in downtown Milwaukee. I’m so excited to expand my travels to the surrounding states and meet fellow Midwesterners on their turf. I already ordered my I-PASS!”
John McGivern

John McGivern’s Main Streets will begin airing in Wisconsin and across the Midwest in January of 2022 on top TV stations all across the upper Midwest. Plum Media in Milwaukee is producing this series for distribution throughout Wisconsin with the intent to expand the reach across the Midwest each season.

The goal of this show is to strengthen and build goodwill in communities by telling the stories of diverse people as they live local and commit themselves to their main streets.

John McGivern’s Main Streets is extremely grateful to already have secured support from Network Health and the David A. and Nancy E. Putz Charitable Fund to help make its debut season a reality.

Five-time Emmy Award winning actor/host John McGivern learned about the world growing up on Oakland Avenue, the main street of his east-side Milwaukee neighborhood. John has shared his memories through his one man shows for his whole career. He tells the stories of being the third born of six kids in a working-class, Irish Catholic Family in the Midwest. His stories are personal and funny and touching and familiar, and they remind us all that as specific as we might believe our experiences are, we all share a universal human experience. For the past nine years, he’s been getting to know the stories of other peoples’ main streets. By simply talking and exploring, John has shared the hearts of each one of the 117 Wisconsin communities with PBS viewers all across the country.