Behind the Scenes of our Halloween Social Media Video

You might be surprised at the amount of thought and detail that can go into even a simple concept for a social media video - like let's carve our logo into a pumpkin for a Halloween video.

Here are some behind the scenes photos of our Halloween social media video shoot in the Plum Media production studio. You can view the final video at the end of the post. 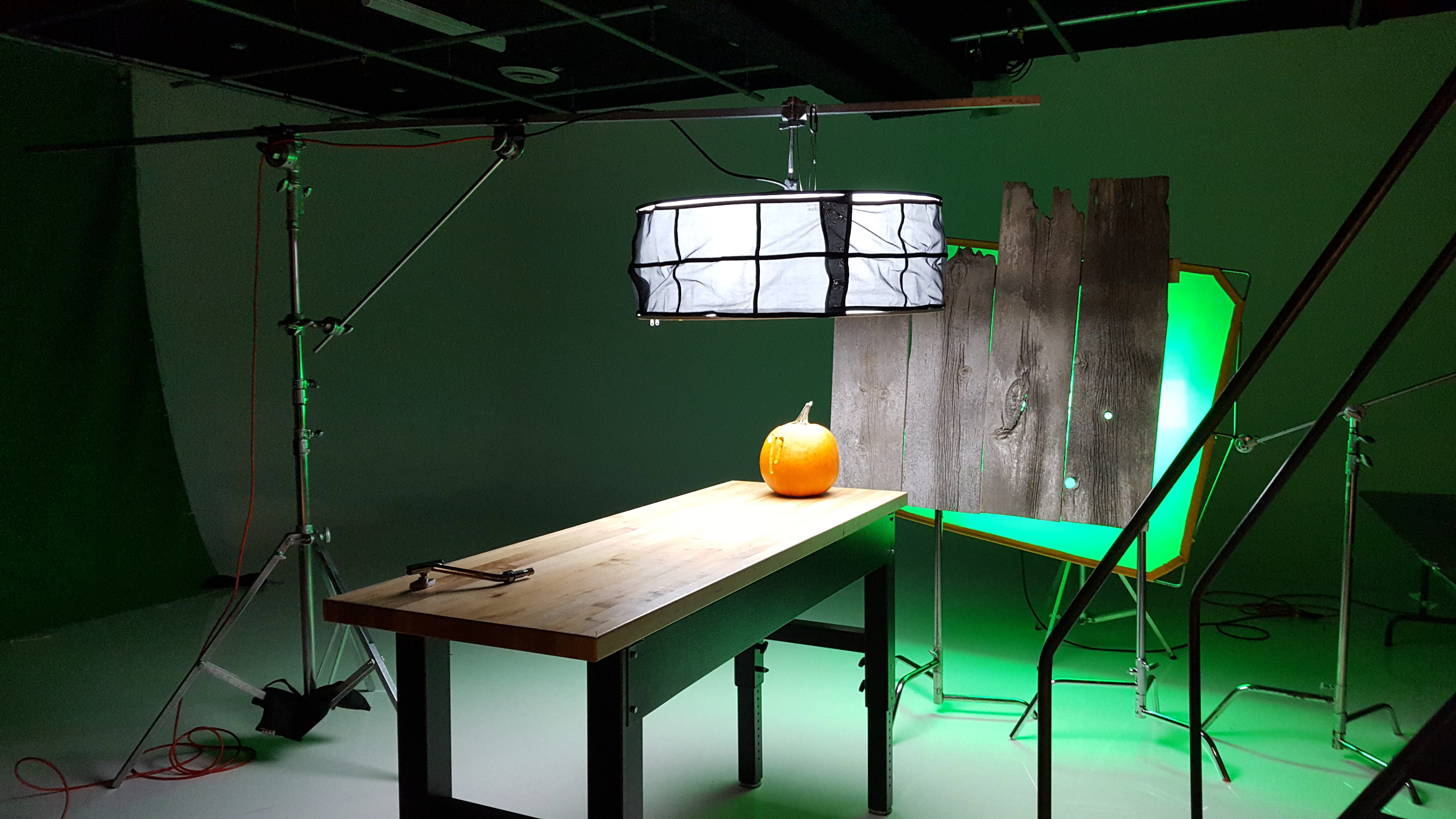 The bones of the set design for our pumpkin. 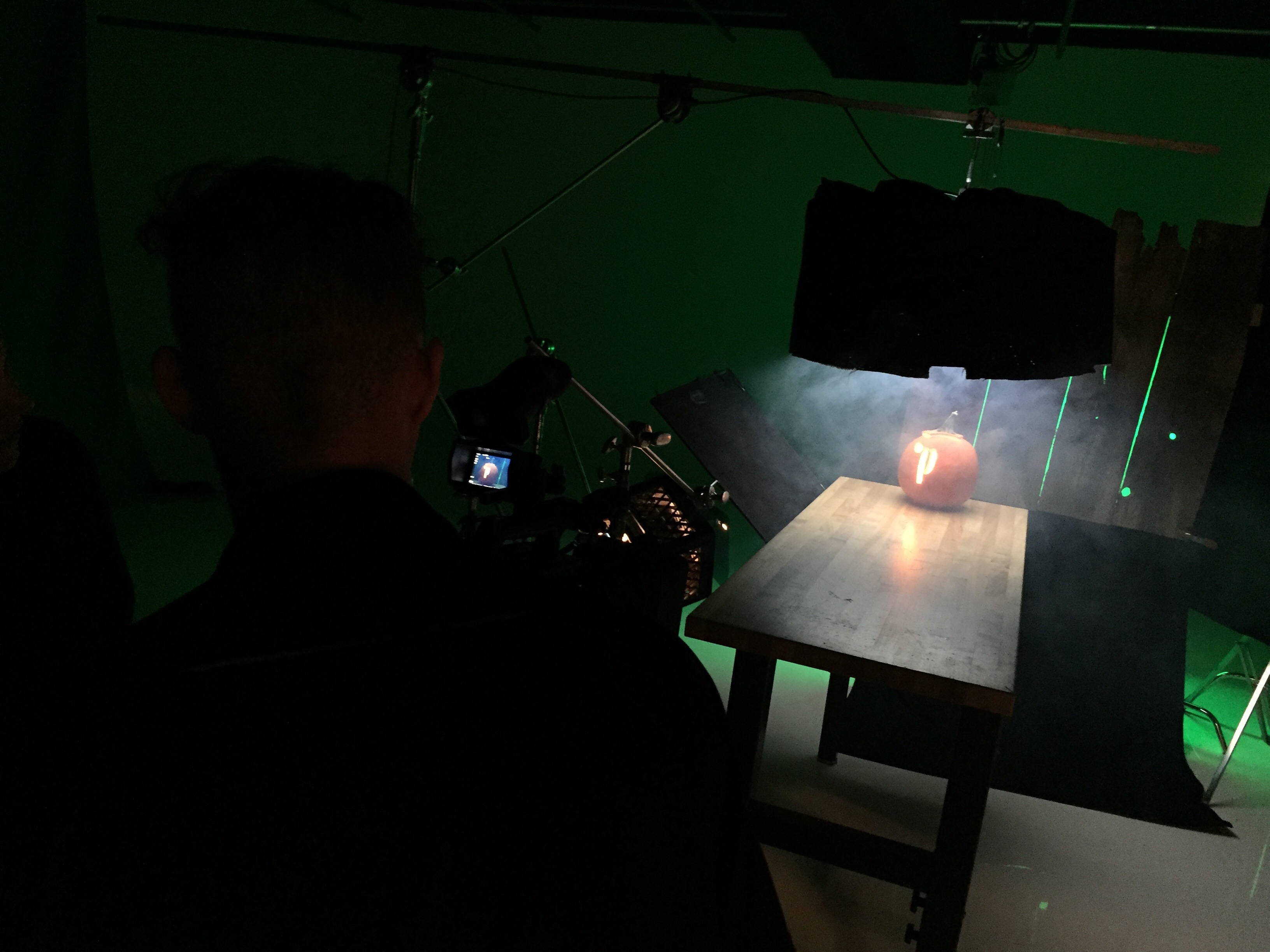 Test run with the fog. Looks good and a lot of people would stop here, film and send to editing,
But we can do better.

Cobwebs were added to the background, lights to accent them, and fan to make the cobwebs move.

Added color gels to the lights. 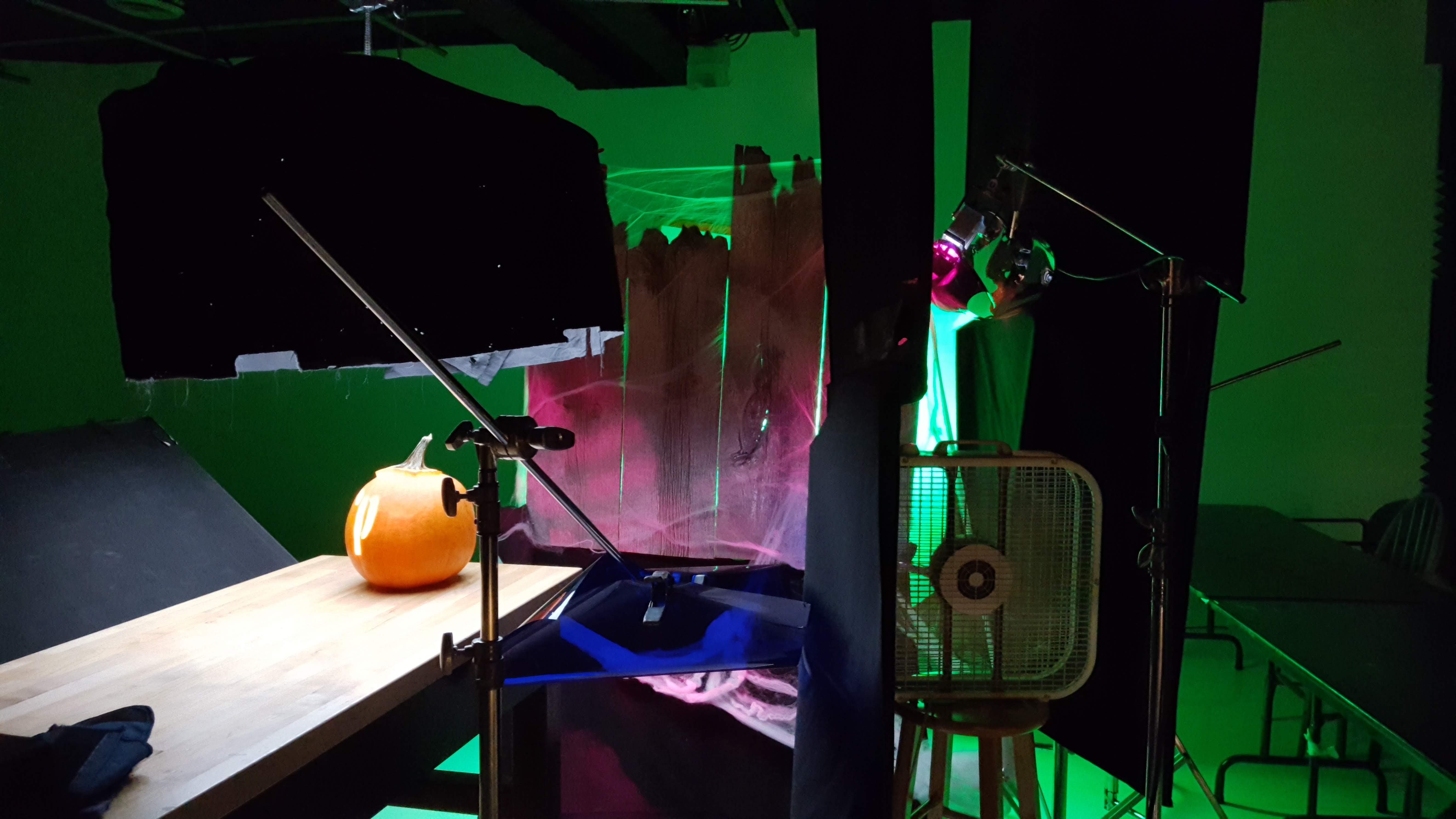 Set up a wall to help direct the fan so it wouldn't effect where the fog went. 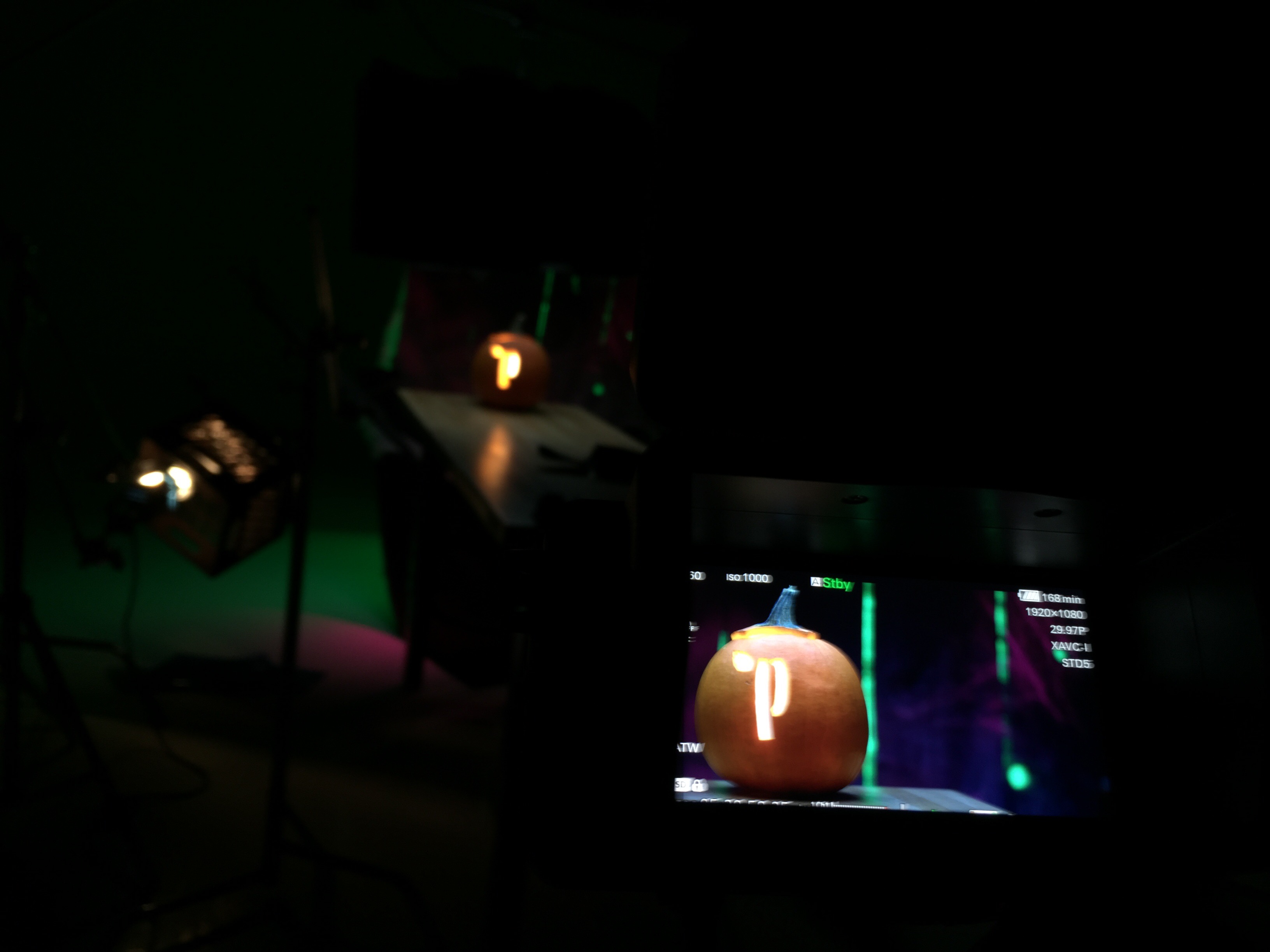 Another test before rolling.

Once filming was done, it was off to the editing bay for the final touches. Special effects made the light in the pumpkin flicker.  Music, sound effects and text were also added.

And the result? Our :30 Happy Halloween social media video: